Players have played all over the city, the State and even overseas in a range of tournaments.  Read about their achievements.

Tom was part of the winning Esca Stephens Cup interdistrict team. He recently played the NSTA Junior Tournament where he was runner up in the doubles and was the winner of the Consolation Singles.  He has now qualified for the NSW Junior Closed Championships later this month.

He played in the  IMG Discovery Open and together with Alex Morris won the 14s and 16s doubles. Their performances earned them an IMG scholarship where they will be attending an IMG Camp in December.

Tom is also in training as a ball kid for the ATP Cup in January 2020.

Sasha played in her first two pro-tour events – Cairns Tennis International and the Brisbane QTC Tennis International.  Both carried US prizemoney of $25k, and ITF points.  Players from all round the world filled the draws. It was great experience for her.  She now has an ITF world ranking.

Since turning 13 in February this year, Alex has played in number of 14U tournaments and has consistently made it to at least the Round of 16 in all the singles events.

In the last school holidays, he played in two Gold tournaments (Blacktown Spring Junior Gold and NSW State Championships) and made it to the Round of 16 in the singles and the quarter finals in the doubles. He competed in the 2019 NSW Metropolitan JDS Champion of Champions and was runner up to Tom Garrett.

Alex also played in the IMG Sydney Clinic Scholarship tournament at St Ignatius College Riverview.  As mentioned, he and Tom won the 14U doubles and the 16U doubles.  Alex also was awarded a Scholarship to the IMG Camp in December.

Since being in the winning NSW IGSSA team, Jenna’s game has gone from strength to strength.  She competed in the Nepean Spring AMT Open and made the semi finals losing closely to the Number 4 seed.  And at the Macquarie Uni AMT which had a very competitive draw, she qualified to the main draw.

Olivah played in the Wagga AMT in a range of Open and aged events.  He lost in a hard fought 3 set singles in the Open Men’s AMT singles.  He teamed up with Grace Bruce in the AMT mixed and lost in the quarter finals. He reached the finals of the 16 Boys Singles.

Nathaniel also played at Wagga.  He reached the semi finals of the 16 Boys Singles, losing to the winner.  And he had a run in the AMT Open doubles with Scanno.

Michael and family travelled to Vanuatu and played a couple of ITF events.  These are tough events and all good learning.  His brother Peter as come back with a broken arm!?

At the NSTA Junior Silver tournament we had a stack of players.

A contingent from the Club competed at the Cessnock tournament.  Thanks to Scanno for being coach, supervisor and driver.  Those that competed were Daniel Bridger, Nathaniel Graves, Harriett Hurley and Alex Morris.  Well done to Alex for getting to the quarters of the 16 Boys Singles. 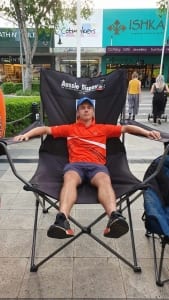 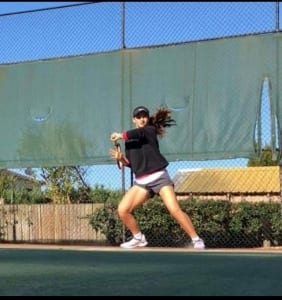 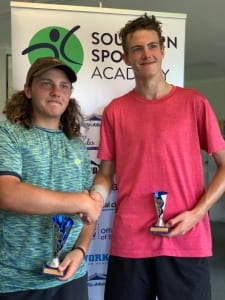 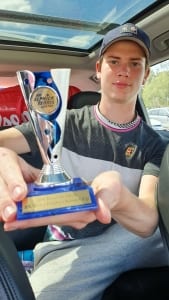 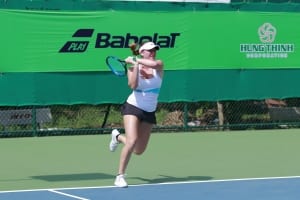